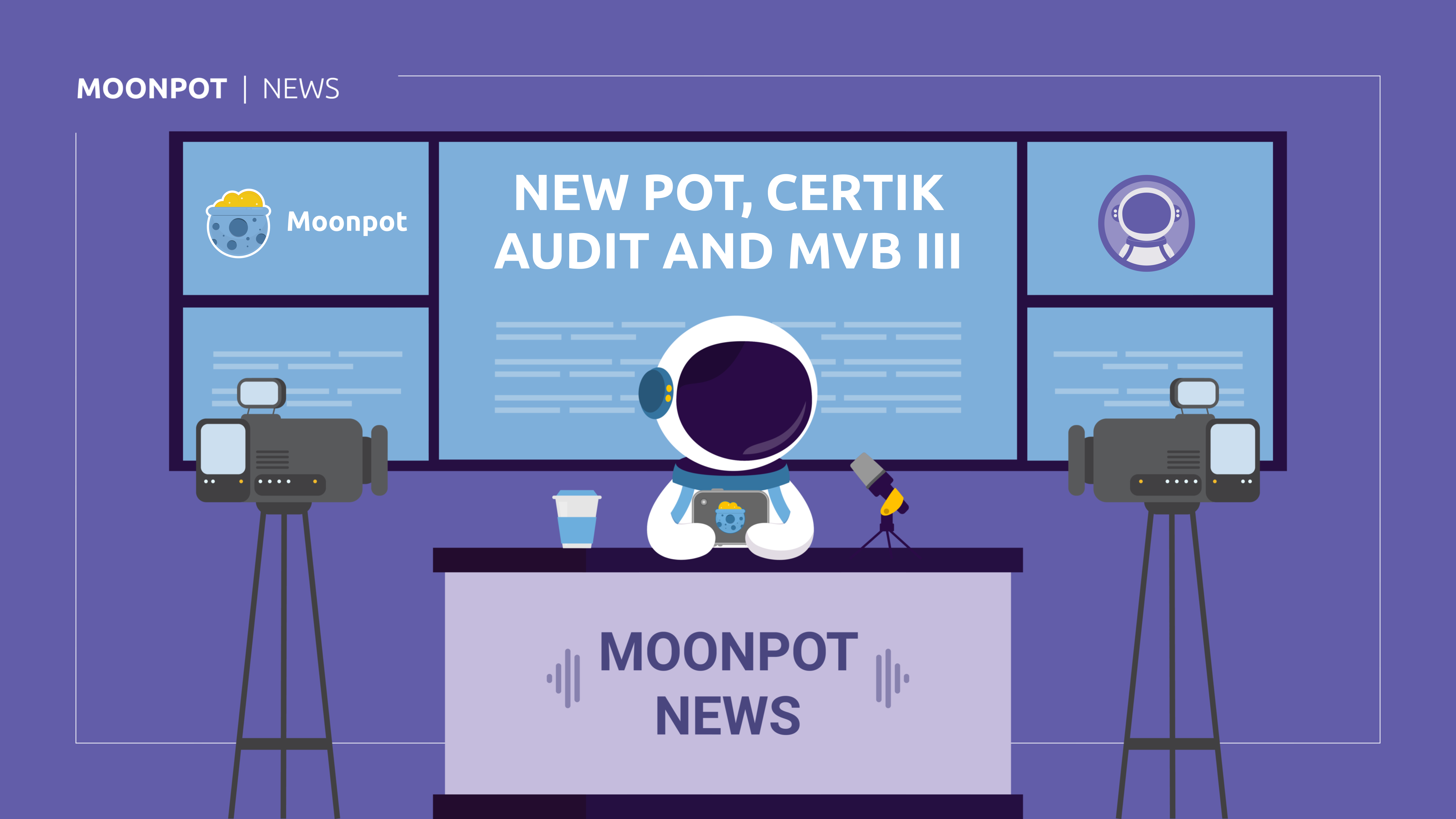 New Pots launched, a code audit completed, and a warm welcome to MVB III from Binance Smart Chain. And that’s just the half of it. That’s right, Cadets. It’s been another action-packed week at Moonpot HQ. Sit down, buckle up, and settle in — the Alpha News Network is here to walk you through the biggest developments from the last seven days. The question isn’t ‘What are we going to do?’ The question is ‘What aren’t we going to do?’

It’s official. Moonpot is now in the running for Binance’s Most Valuable Builder (MVB) program. For any Cadets who have been living under a moon rock, this is the third edition of Binance’s competition, which seeks out to recognize and award the very best projects on Smart Chain. It’s an extremely prestigious award that has seen previous winners gone on to be listed by Binance. This week the BSC Twitter account officially welcomed Moonpot to MVB III. Captain Ziggy calls on every member of the Moonpot Army to share their love for the project whenever they see Binance Smart Chain tweeting about MVB III. Make some noise, Cadets. It’s your time to shine. 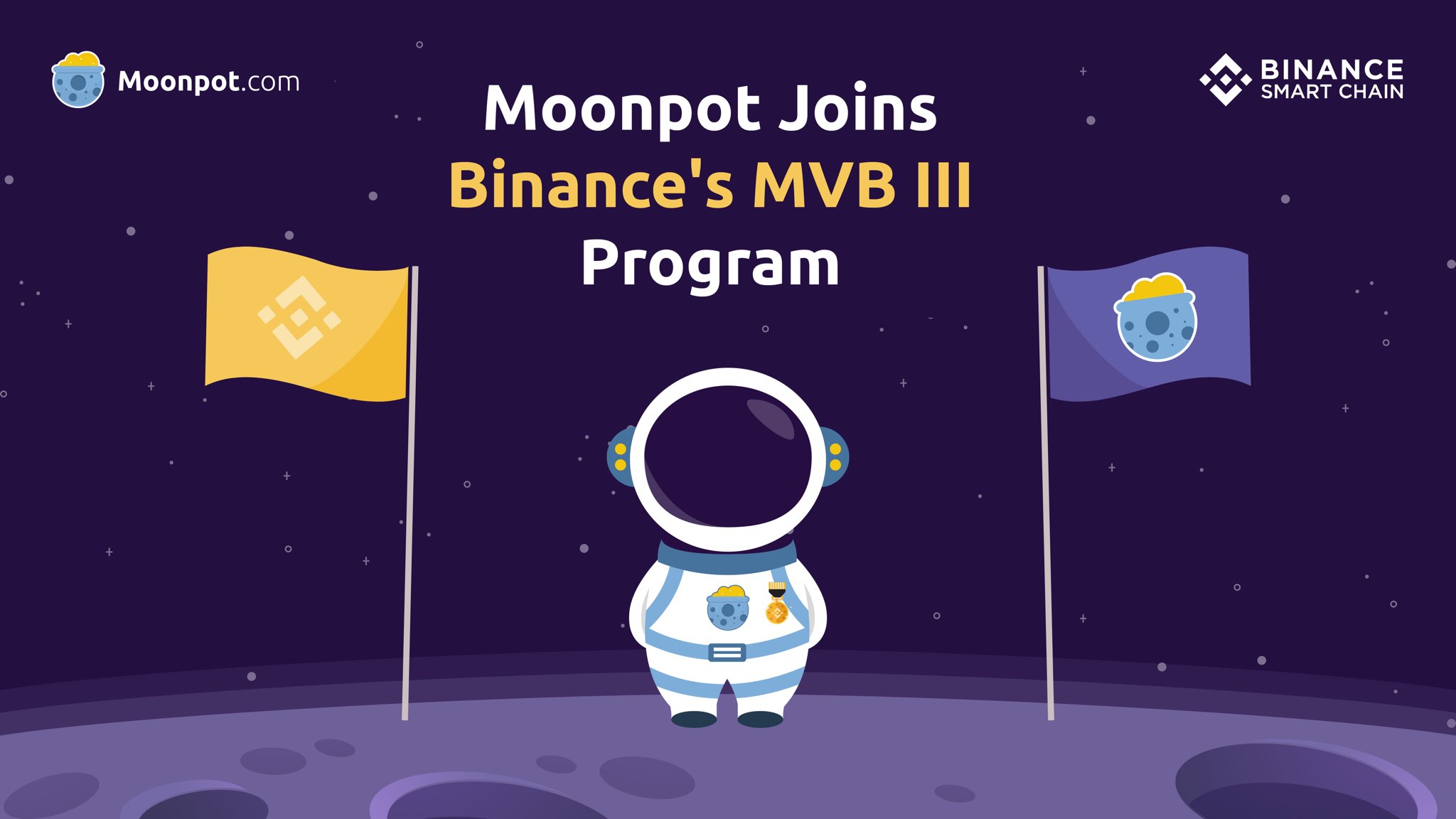 Our mission is to help people grow their assets, not lose them. This is why we put security above all else. Moonpot’s code has now been extensively analyzed and audited by CertiK — a third-party auditing service that specializes in smart contracts. CertiK delivers the most advanced security audits in the crypto industry and has conducted rigorous audits for hundreds of blue-chip blockchain and DeFi protocols. This week CertiK published Part One of its Moonpot audit. Ziggy is happy to report zero critical findings, zero major findings, and zero medium findings. The results provide provable trust for all, and, in Moonpot’s case, security and peace of mind for you.

Captain Ziggy took to Twitter this week to announce the launch of our BIFI Pot. That’s right, Cadets. We put a cow into space! This is Moonpot’s fourth Pot — alongside our CAKE, POTS, and BANANA Pots — and will see five lucky Cadets win a mixture of BIFI and POTS every other Wednesday. The first BIFI prize draw will be on Wed 22 Sep, with the next ones after that on Wed 6 Oct, Wed 20 Oct, Wed 3 Nov, and so on. And remember: everyone in the Pot earns interest regardless of the prize. You won’t find a better APY for your precious beef anywhere else. It’s no wonder we reached $10m TVL on our BIFI Pot within 48 hours of launch. 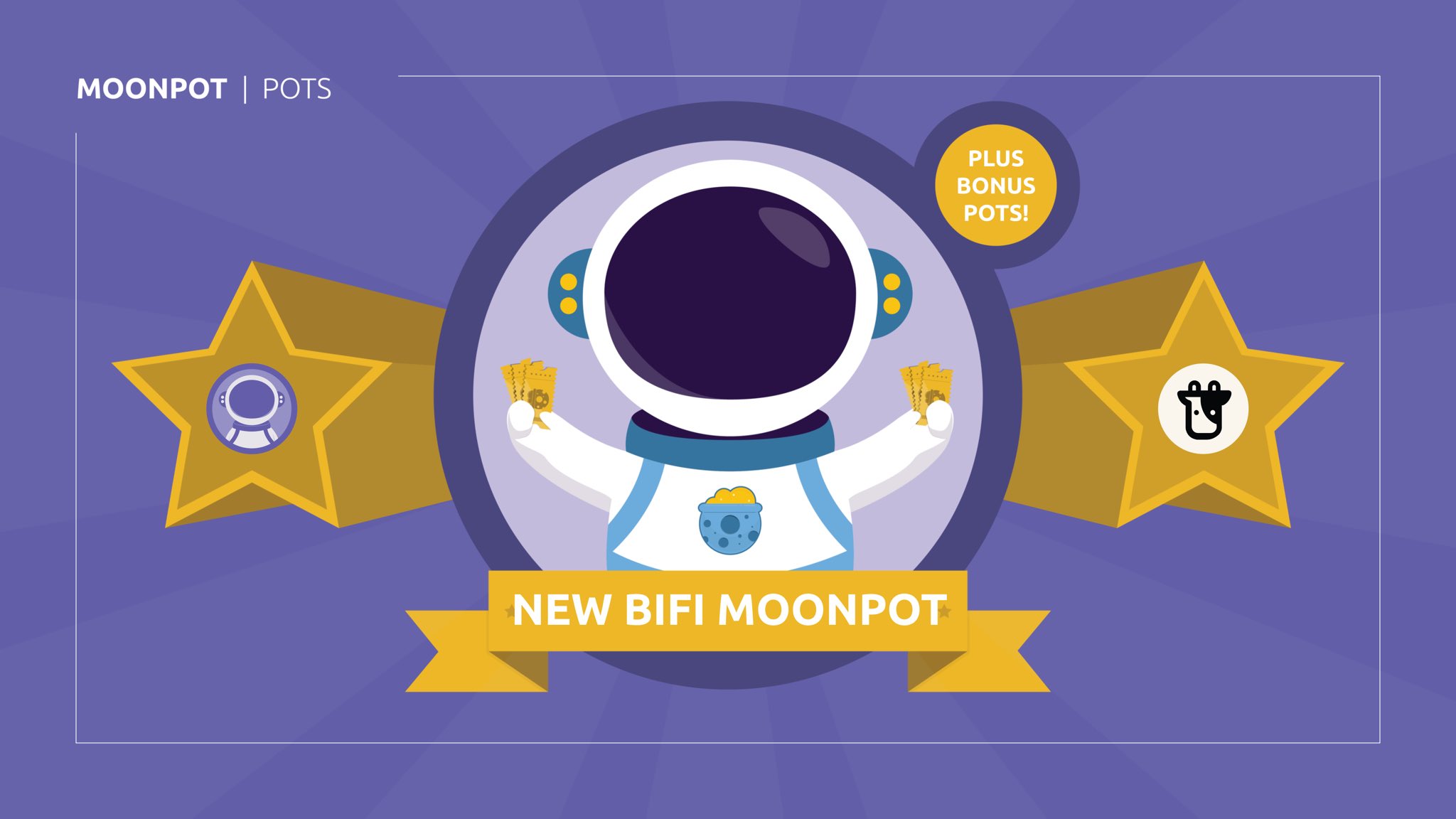 Rumour has it that Ziggy doesn’t sleep. How else can you explain the captain’s non-stop activity? Because not only did Moonpot launch the BIFI Pot this week, but Captain Ziggy also appeared in a new video confirming that LP Pots will be next. There’s not much more information at this stage. Simply a message from Ziggy saying: “LP Pots coming soon to Moonpot.com”. So watch this space. In the meantime, if the topics of Liquidity Pools and LP Tokens are new to you then be sure to read our Moon Academy on the subject. And please make sure you understand the risk of impermanent loss. Moonpot is here to help you, but always Do Your Own Research.

The revenue buyback continues — with 4,325 POTS bought this week#

Mission Control completed yet another buyback this week. Ziggy went to market with a big bag of revenue from the Moonpot platform and bought his Cadets 4,325 POTS to be distributed via Ziggy’s Pot. This is a 3.2% increase on last week’s amount. And as more and more Moonpots are released, the weekly buyback will only get bigger. If you’re still unfamiliar with Moonpot’s buyback mechanism, please be sure to read our docs. Then go buy some POTS so you too can take advantage of Ziggy’s generosity — as always, not financial advice; DYOR. 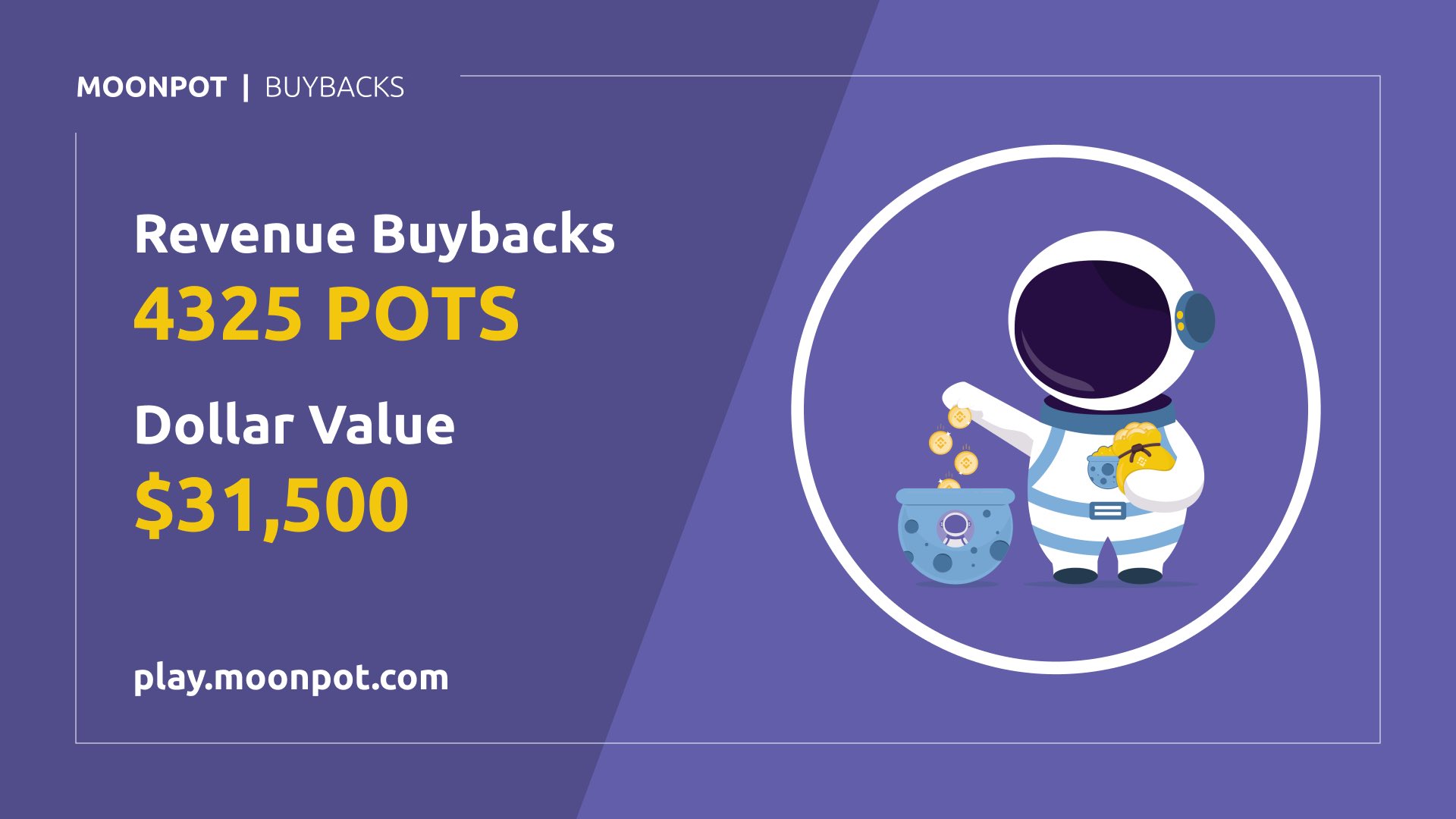 The engineers at Moonpot completed their hard work on a planned upgrade to our smart contracts this week. You can read the bulletin here for a full explanation of why this system upgrade was necessary, and what provisions we put in place to mitigate the inconvenience for users. This means there is a new Pot for CAKE and a new Pot for POTS. All you need to do is move your assets over from the old Pot to the new. Mission Control reports that 95% of users have now migrated to the updated Moonpots. Need help moving? Please see our guide here.

The Moonpot Army continues to grow. This week saw the number of wallets holding Moonpot break the 15k barrier. Coin98 Insights reported that Moonpot was one of the top ten projects with the highest social signal on Smart Chain. While Dapp.com listed POTS as the No 2 token by holder growth — with a 22.27% increase. And you know what? That doesn’t even take into account Cadets who have bought POTS but staked them all on Moonpot! The only way is up.