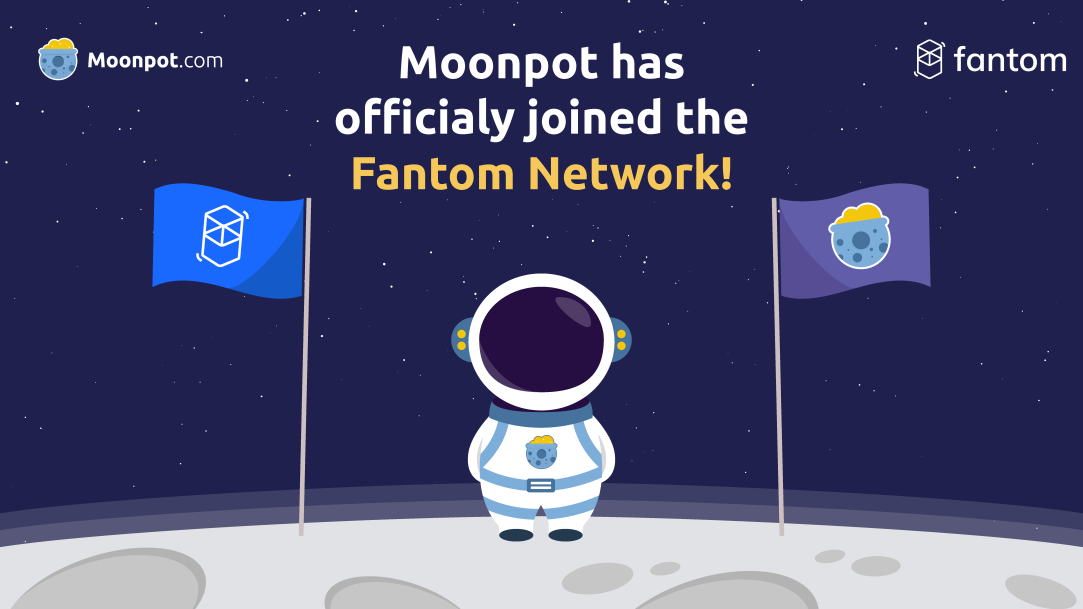 The rocket’s primed, the course is set, and Ziggy’s ready to go warp speed. We’re not just opening another Pot Cadets, we’re going full multi-chain. After cooking up the tech needed to make an intergalactic jump to new blockchain galaxies, the time has finally come.

The Moonpot team is extremely proud to announce the release of our first Moonpots on Fantom. And that’s not all. With support for more chains coming soon, we’re really putting the multi in multi-chain.

We’re not going it alone either. To celebrate our Fantom launch, we’ve partnered with Tomb Finance for a $200,000 boost on our new TOMB-FTM Moonpot. And that’s not all. We’ll also be injecting our beFTM and Curve Stables Moonpots with juicy, extra $POTS too.

What Pots are opening first?#

Moonpot will hold a staggered rollout on Fantom, with beFTM coming to Cadets first. We will then launch TOMB-FTM LP Moonpot on Thursday, March 24, and the Curve Stables Moonpot on Friday, March 25.

beFTM is Beefy Escrowed Fantom that’s fully backed 1:1 by FTM. Users who stake it on Moonpot or Beefy can earn maximized validator rewards that just aren’t available to smaller stakers. You can learn more about the token via Beefy’s beFTM blog post. Cadets can deposit into the Pot with beFTM or FTM using the Zap feature.

Our TOMB-FTM LP Pot accepts TOMB-FTM LP tokens from SpookySwap. TOMB is Fantom’s first and largest algorithmic stablecoin pegged to FTM via seigniorage. Zap into the Moonpot with either TOMB or FTM, meaning you don’t need to enter the liquidity pool manually.

Our Stables Moonpot will let you earn interest on your stables via Curve lending. Choose from either fUSDT, DAI, or USDC, deposit in Moonpot, and be in for the chance to win big. 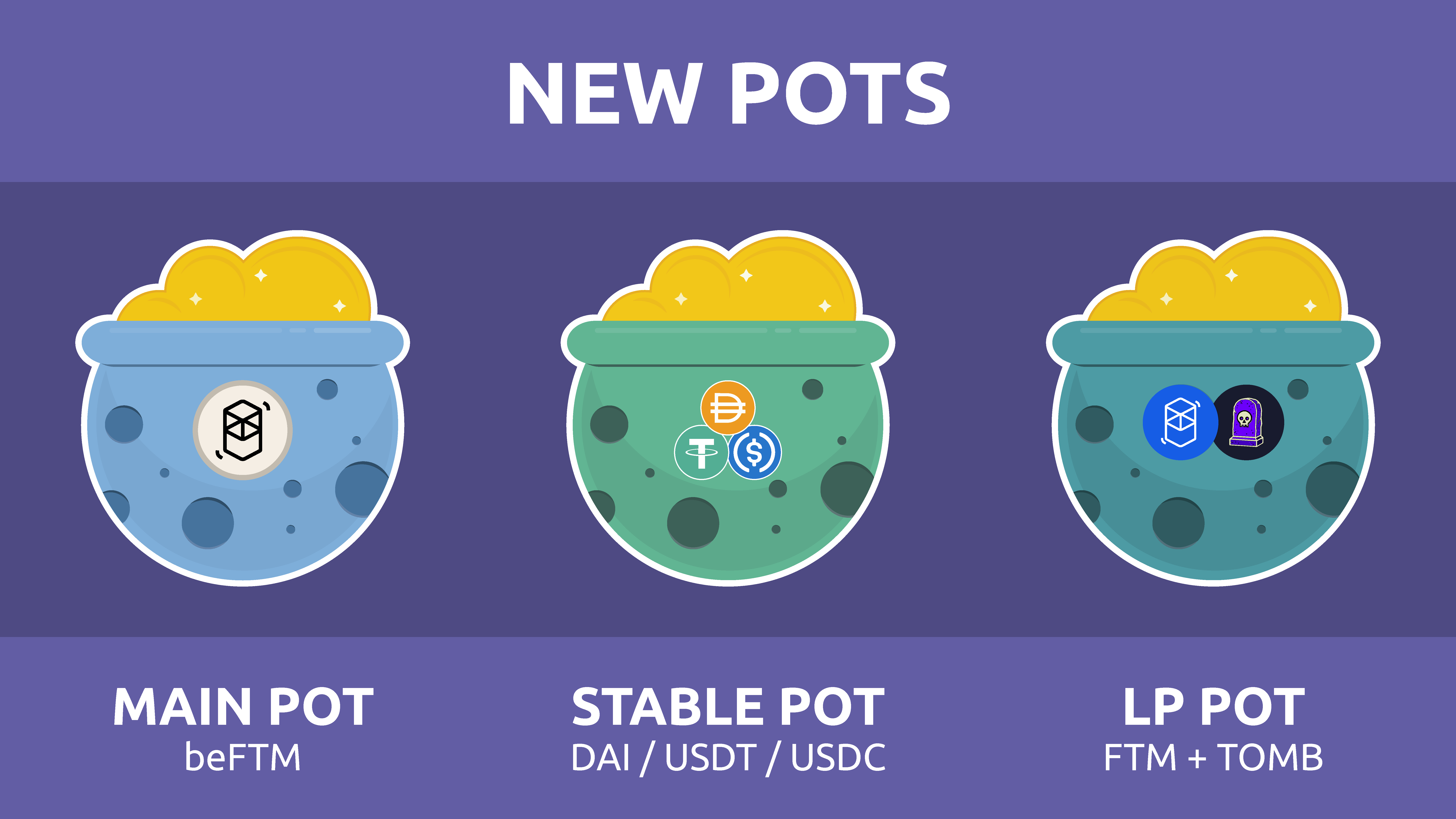 Will the new Pots be boosted?#

In short: yes! Moonpot will boost both the beFTM Pot and Curve Stable Pot’s APYs with an injection of $POTS. Our TOMB-FTM Pot prize will also receive a boost from Moonpot and Tomb Finance, giving $200,000 extra in total prizes on top of the usual prize. You can read more about our partnership with Tomb Finance in tomorrow’s partner blog post.

In order to have a “fully-functional” Ziggy’s Pot, we need to set up a few things. The most important is to have liquidity for POTS-FTM LP so users can trade the token. We are tackling this through a Solidly-incentivized farm.

This will provide enough liquidity over time, and Beefy will whitelist us to allocate part of their vote towards POTS-FTM LP. Shortly after we will release Ziggy’s Pot with the rewards accrued during the launch’s first days, plus current rewards.

Can I bridge my POTS to Fantom now?#

If you like your leeks as much as Ziggy, you’ll probably have already seen that POTS can be bridged to Fantom and also Polygon. While we haven’t yet released Polygon Moonpot support, it is likely next on our list to release. You can bridge your Pots via Multichain with just a few clicks. 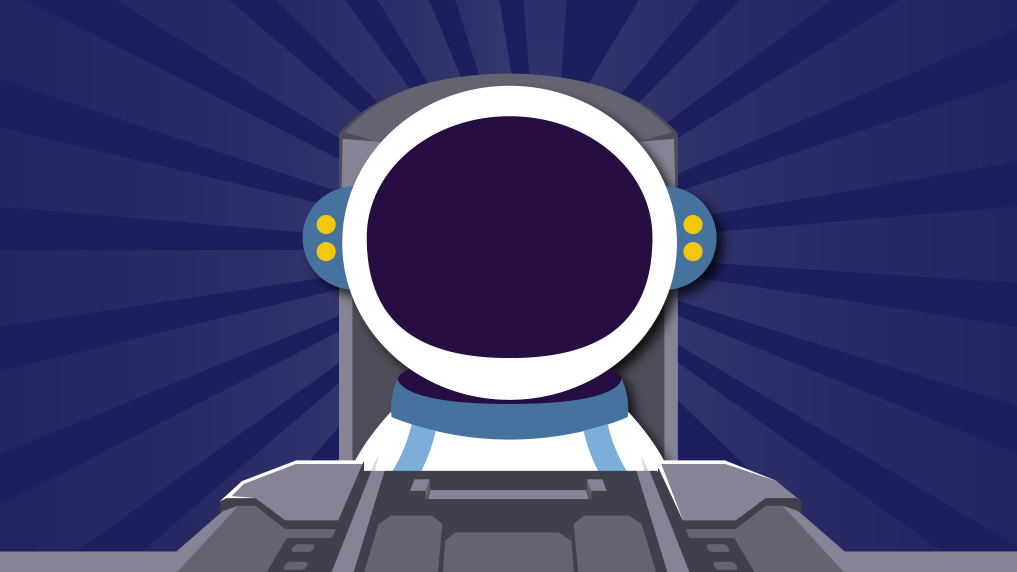 Why have you gone multi-chain?#

How does this affect our Ziggyverse NFTs?#

Your Ziggyverse NFTs will still be safe on BNB Smart Chain. The rest of our Tiles will still use BSC as planned, but we may also consider NFTs on Fantom at some point. In the future, we’ll explore ways to bridge NFTs should the need come.

Moonpot’s got a new look#

If you haven’t noticed already, the Moonpot ship has a fresh lick of paint. To tie in with the multi-chain release, we’ve updated our landing page and added some helpful information for new Cadets. You can now see at a glance how Moonpot works, our featured Pots, and available chains.